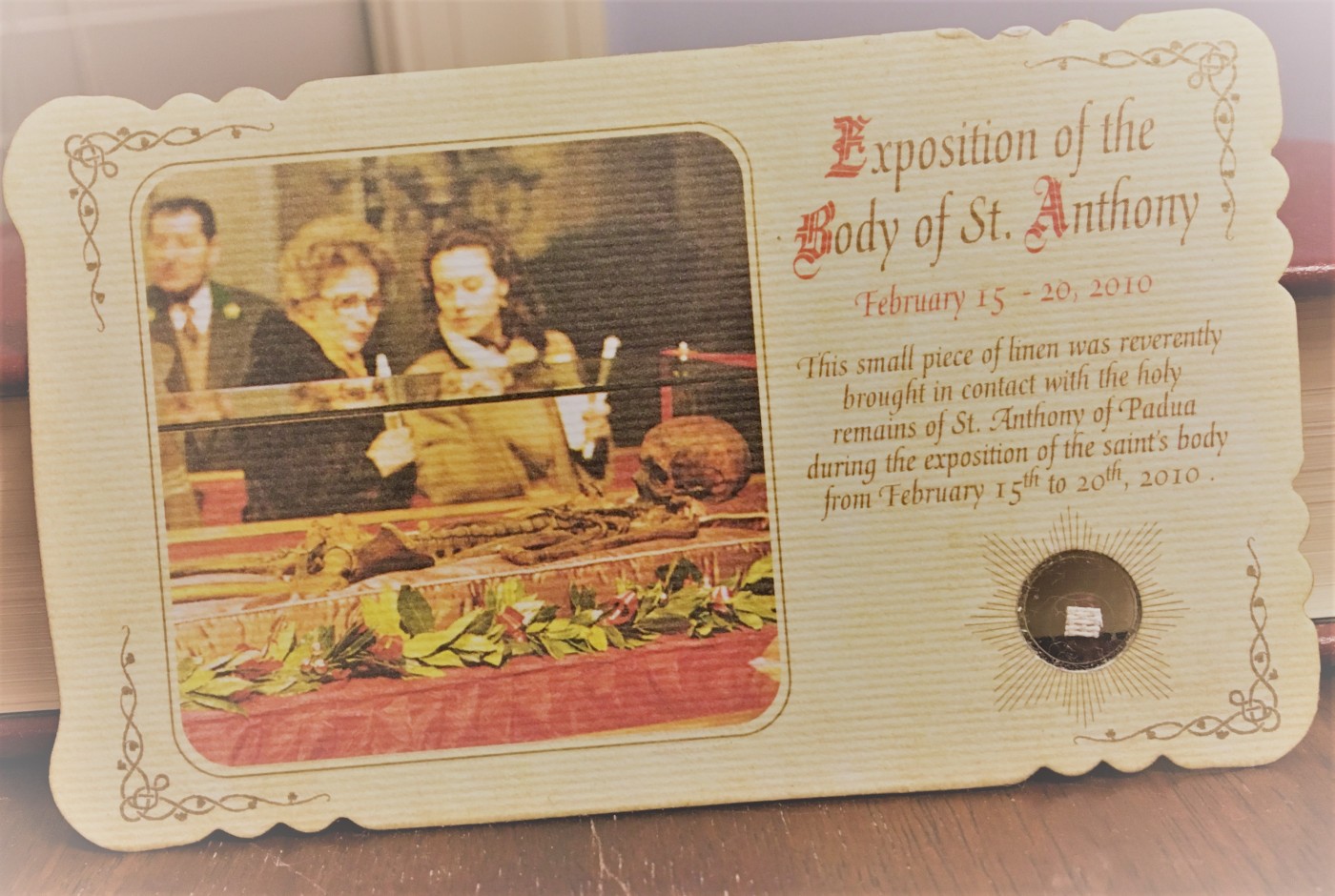 Here’s a short story about my grandmother, Juanita, who I loved dearly. And Lent.

For most of her life, my grandmother smoked Virginia Slims. She started smoking as a teenager. When I was pregnant with my first child, she told me her doctor had advised her to smoke more during both of her pregnancies.

“He said it was a good way to keep my weight down.” She wasn’t recommending I should start, just sharing a pregnancy story with me, woman to woman.

My grandmother began working for Southern Bell Phone Company when she was a teenager. She started as a switchboard operator and worked her way up the ranks into a lead administrative assistant role for one of the top executives at the Louisville offices. (When she retired from the company in the early 80s it was Bell South, and would eventually become AT&T).

I spent most weekends with my grandmother from the time I was a toddler until nearly junior high. My mom would take me to her office in downtown Louisville on Friday afternoons. I would get to sit at her desk, type on her typewriter, and write my name across a pink pad of paper she kept in a drawer with red and blue ink pens and paper clips. On the way to her house, we’d stop at Erhler’s Ice Cream Shop and she would get a pint of Neapolitan.

We would spend Friday night watching Dallas in her wood paneled living room, eating chocolate and vanilla and strawberry flavored ice cream covered in Hershey’s syrup from the can. Saturday mornings we cleaned the house. I mostly colored in my Holly Hobbie coloring books, but sometimes she would give me a wet rag to wipe the baseboards. She had a statue of justice on her dining room table, a woman holding two scales with plastic purplish black grapes on each of the scales.

Sunday morning was mass at St. Margaret Mary. As often as I went with her, I remember very little about the church. I do remember the full breakfasts she would fix every Sunday after mass. Biscuits, eggs, sausage and bacon, pancakes. She’d pour me my own cup of coffee that was mostly warm milk with just enough coffee to turn the milk the color of pale caramel. I can see her now sitting at her kitchen table after breakfast, the dishes already washed. She would have changed out of her church clothes into a house robe with a ladder of safety pins up the front. Her cup of Maxwell House Coffee sitting in front of her along with a brown glass ashtray and her pack of Virginia Slims.

She’d stop on Ash Wednesday and refrain from lighting up all the way through Easter Sunday mass. On the ride home from St. Margaret Mary, she would pull out that first cigarette from her pack.

My mom, the only non-smoker in her family, would plead with her mother not to start back up again every year. “You’ve gone 40 days — why not see how long you can go?”

My grandmother’s answer was simple. She didn’t want to stop smoking, she gave up smoking for Lent. It wasn’t something she did for herself. She did it as a sacrifice, the same thing every good Catholic did during Lent, giving up the thing they loved most. Her thing was cigarettes.

When my grandmother died seven years ago, my husband was the executor of her will. I think of that decision — her putting her grandson-in-law instead of her oldest grandchild in charge of her estate — as a  small gift to me. Removing me from the direct line of fire between her two daughters.

Even this many years later, we still get mail addressed to her. Most of it is from various Catholic-related charities asking for money. They send the oddest things. Direct marketing packages with multiple unused stamps being offered up to the person who opens the envelope. There are refrigerator magnets with tiny annual calendars. Some have a penny or nickel secured inside the packaging with cellophane over it so the addressee sees the coin.

My favorite is an offering from the Exposition of the Body of St. Anthony. It’s a card, slightly bigger than a credit card, with a photo of two women looking at what appears to be the skeletal remains of St. Anthony. Within the card, enclosed in see-through plastic, is a tiny piece of clothe. Next to the photo are the following words:

This small piece of linen was reverently brought in contact with the holy remains of St. Anthony of Padua during the exposition of the saint’s body from February 15th to 20th, 2010.

The Prayer to St. Anthony of Padua is printed on the back. I loved this one enough to keep it. They’re not shooting for the moon, offering up a splinter from Jesus’ cross. But still, St. Anthony is a rock star among saints. And that wording, “…piece of linen brought in contact with the holy remains” — it’s not claiming he was buried in it, only that the tiny sliver of linen came close to his remains.

Grandma would tell me to pray to St. Anthony whenever I lost something. Tonight, in the middle of writing this, I looked up why he was the patron saint of lost objects. The story is he lost the book of psalms he used during his time teaching while part of the Franciscan Order. The book was valuable not only because it was a book — a rarity before the printing press — but it also included St. Anthony’s personal notes, his own marginalia around the sacred verses he taught.

I understand the weight of such a loss. Losing a book with all your personal thoughts on the very things you find most sacred.

My last post here was April 12 of last year. Something has been lost to me during this past year. I had not intended to pray to St. Anthony when I started writing this piece about my grandma. Today, on my way to our family’s Easter celebration, I remembered her and how happy she always was on Easter. The day she got to smoke again.

I wanted to write this for my grandmother, but now I realize, I’m writing it for me. Praying in my own way to St. Anthony and his lost book of psalms, hoping to find my voice again.