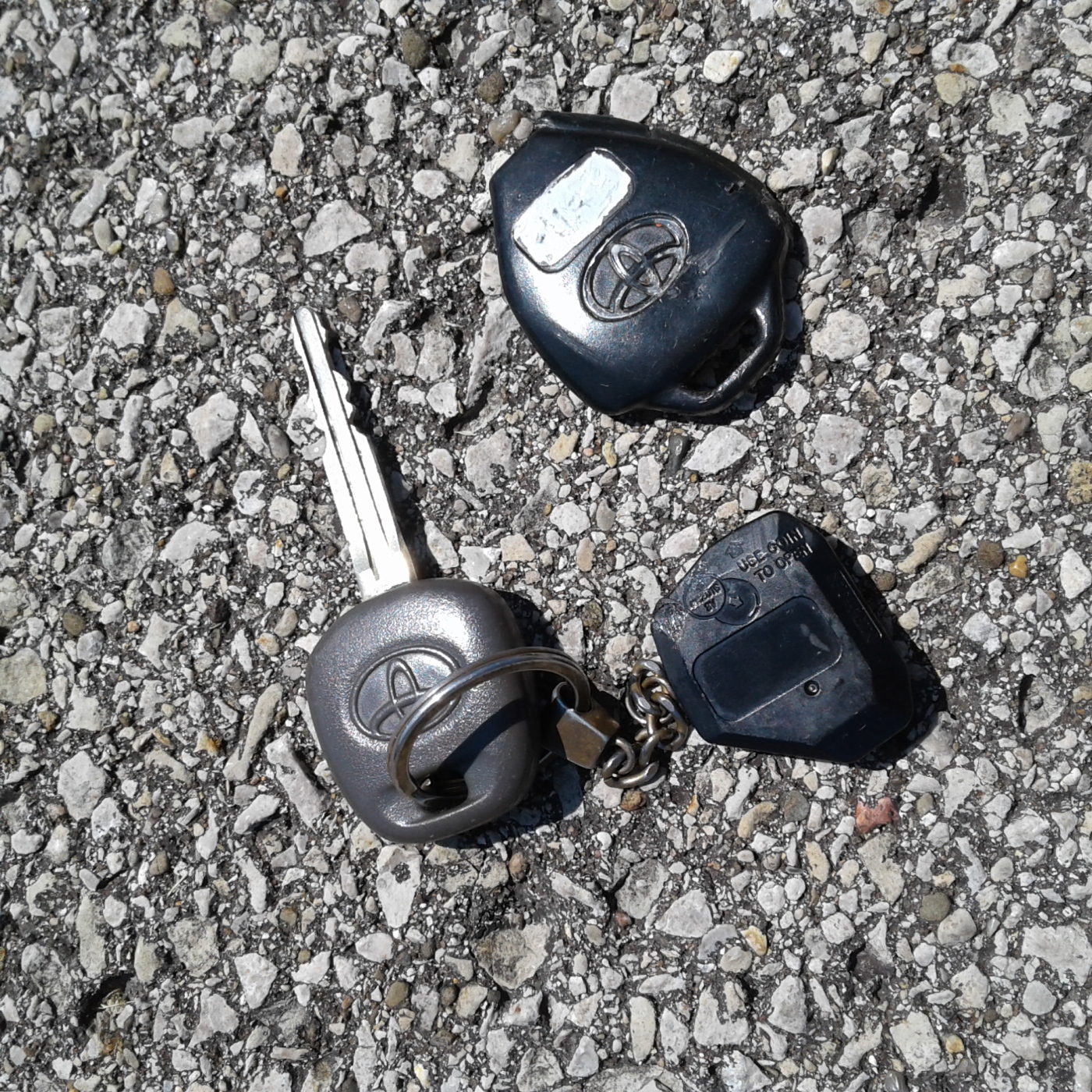 Last weekend my cousin and I walked a five mile loop starting at St. Mary’s of the Knobs.

We parked in the lot between the old catholic church and the new catholic grade school, and headed off with our phones locked in my car, my keys tied to my shoelace – the same as every other time I’ve made this walk. In the ninety-degree heat, we were already bemoaning not having any water less than two miles in. My cousin told me about a strap she has that fits around a water bottle.

“It wraps around your hand, making it easy to keep a grip on the bottle while you walk or run,” she explained.

“I don’t like to carry or have anything on me when I’m walking,” I said, “The only time I take my phone is if I’m going for a long walk – even having these keys tied to my shoe is annoying me.”

After completing the five miles – the last two on top of newly laid blacktop that made it even harder to breathe and hotter to walk across – I bent over to untie my shoestring only to find my laces still double-knotted, but the keys gone.

Standing steps from my locked car – dehydrated and sunburned – neither of us had the energy to retrace our steps on foot.

We walked across the street from the church and two driveways down to catch a women getting her mail and explained our predicament. Because it’s the knobs, she gave us water and her phone and welcomed us into her air-conditioned kitchen. We were able to talk another cousin into meeting us at the cemetery in front of St. Mary’s to start a search expedition by car.

Waving vehicles to go around us, we drove ten-miles an hour backtracking our walk. My cousin behind the wheel watched the road ahead for any key-like objects, while my other cousin and I stuck our heads all the way out the passenger side windows with our faces turned down to focus on the passing concrete.

Just as I was about to throw up from staring at two-and-a-half miles worth of blacktop, my cousin behind the wheel spotted something on the curb a few feet in front of us. We were in luck. The fob that unlocks my car doors and trunk hood was crushed – but my ignition key, and the keyring that held them both, were in good standing.

My laces had never come undone. Somehow, my shoelace had made its way through the metal ridges of the keyring, freeing it to drop off my shoe as my foot pounded the pavement. If the universe is a conscious universe, then the logic would follow that my keys had heard me bitch about how annoying they were and removed themselves accordingly.

I like imagining my world in this way – one where everything is listening and conspiring to give you what you want – including your keys. Even carsick and sweaty with the prospect of having lost my car keys, I liked the idea of the keys listening to me, knowing they were an annoyance, and remedying the situation.

It’s the line from the Red Hot Chili Peppers song that has stuck with me from the first moment I heard it, “Ever wonder if it’s all for you?”

I fall on the side of believing that some days, maybe it is all for me.